20 years of operating experience at the Balingen wastewater treatment plant

You are here: Home1 / 20 years of operating experience at the Balingen wastewater treatment ... 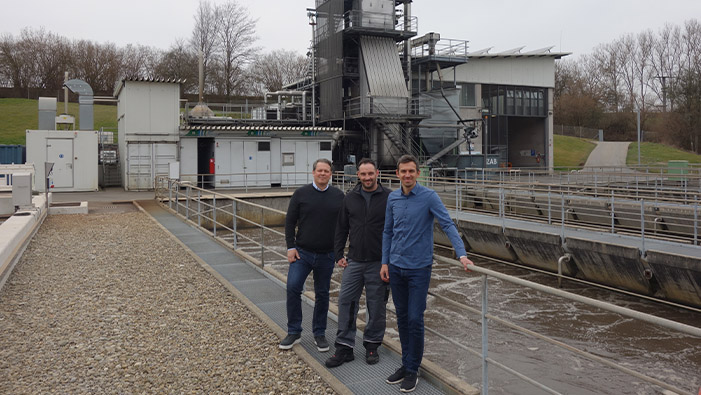 20 years of operating experience at the Balingen wastewater treatment plant

20 years ago, the first plant for energetic sewage sludge utilization was put into operation in Balingen. With courage and a spirit of innovation, those involved made the decision at that time to want to dispose of sewage sludge sustainably and thus also to take a measure against the rising sewage sludge disposal costs. Even then, the Baden-Württemberg Ministry of the Environment and Transport recognized the vision for the future and funded the model project. At the beginning, the plant still utilized 1,000 t/a dry matter and the synthesis gas was added to the digester gas CHP. During the expansion ten years later, the capacity was doubled and a thermal drying system was added to the pilot plant. Since then, sludge from neighboring wastewater treatment plants has also been recycled. On-site energy recovery provides a major step towards an energy self-sufficient wastewater treatment plant and at the same time supplies a clean phosphorus ash. By monodepositing the ash, phosphorus recovery is already possible at the Balingen plant.

The pilot project in Balingen laid the foundation for many partnerships, especially between the Zweckverband Abwasserreinigung Balingen and SÜLZLE KOPF SynGas. The beneficiary of the Balingen development work was the EU-funded SusTreat project in Koblenz. In this KOPF SynGas plant, a CHP unit was operated exclusively with synthesis gas from sewage sludge for the first time. Over the years, a stable core process for synthesis gas production was developed in Balingen, which today also runs highly automated and autonomously in Koblenz. The plant technology established in Balingen forms the basis for the most effective sewage sludge utilization route in the future. This means that intensive talks and discussions can be held today about which processes the process will be integrated into in the near future. Due to legal requirements for phosphorus recovery from sewage sludge, co-incineration in industry will no longer be possible in the future without further ado. By integrating the KOPF SynGas process, a hot synthesis gas is generated for firing processes and the phosphorus is separated with the ash. This means that sewage sludge can continue to be used as a substitute fuel and replace fossil fuels. It is used as an energy source where there is a high energy demand anyway. At the same time, these energy-intensive processes make an active contribution to the circular economy. Thus, Balingen as a pioneer location is and remains an interesting point of contact for visitors from politics and industry.