You are here: Home1 / SynGas Sewage Plant in Mannheim

The sewage sludge recycling plant at the wastewater treatment plant of Stadtentwässerung Mannheim was built in 2010 and put into operation in 2011. The process is largely based on that of the pilot plant in Balingen, which has been in operation since 2001.

However, the plant’s capacity of 5,000 t/a ds is more than twice as high as that in Balingen. This is about half of the sludge produced annually by the sewage treatment plant, which is designed for 725,000 Population values and purifies about 35,000,000 m³ of wastewater annually.

The synthesis gas produced from the fluidised bed reactor is fed after a purification stage to the firing system of the drum dryer installed in the neighbouring building for sewage sludge drying. 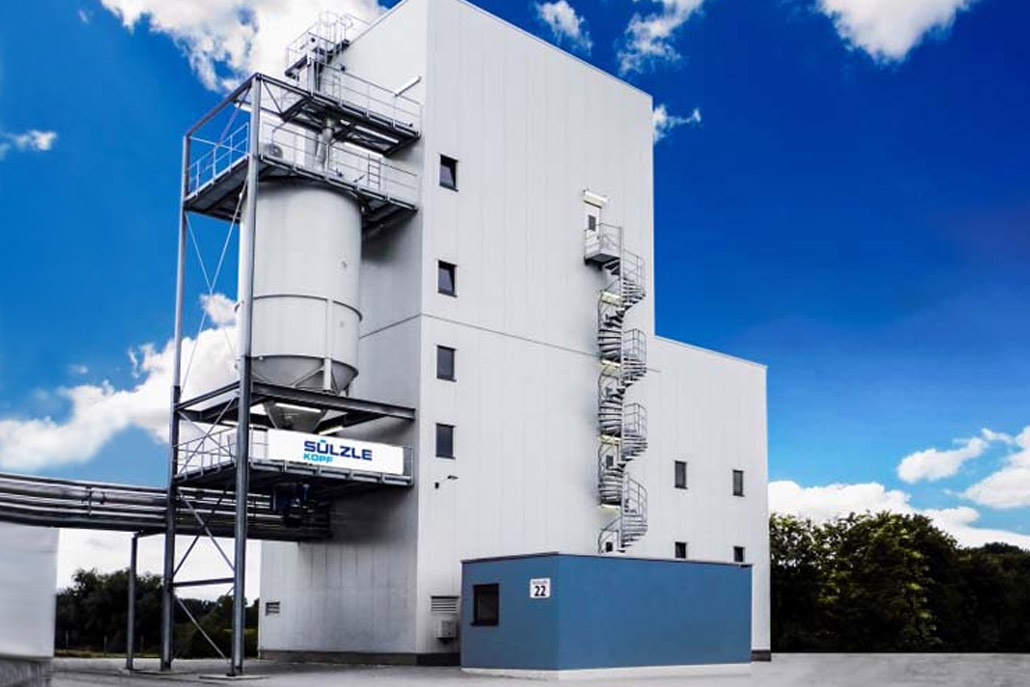